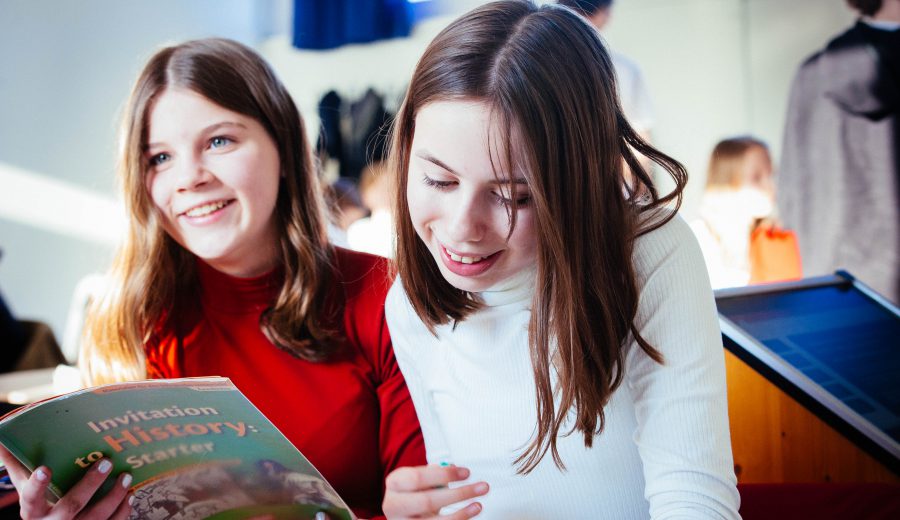 History is not just the German “Geschichte” taught in English: In history, we expand the subject of our studies, looking further than just German history and exploring connections between the histories of other places, civilizations and ourselves.

We live in a modern, industrialized time – so let’s look at the origin of industrialization: England!

We are commemorating the 100th anniversary of World War I, a direct consequence of imperialist politics – let’s examine Imperialism where it happened: not only in Europe but also in Africa, Asia, Australia, America and even the Antarctica!

And of course the wars and crises of the 20th century that have influenced and shaped German minds – but in at least the same way they have affected families in London, New York, Sydney and around the globe!

Making these comparisons and investigating the past of people and civilizations around the world opens our eyes and minds for the lives and problems of others. This skill is an absolute necessity in our globalized and interconnected world – politically, socially, economically and ecologically.

But the school subject history has more to offer than this broadening of your horizon: by examining original documents and sources, our students aquire another important skill with great value for their future life, in which they undoubtedly will encounter texts and other media in English – be it while travelling, at university or later in their work life.

Also, having subjects taught in English without a too strong focus on the language helps students speak more freely and fluently in this foreign language and adds to their general proficiency of English.

So you see – “history” can actually be quite modern!