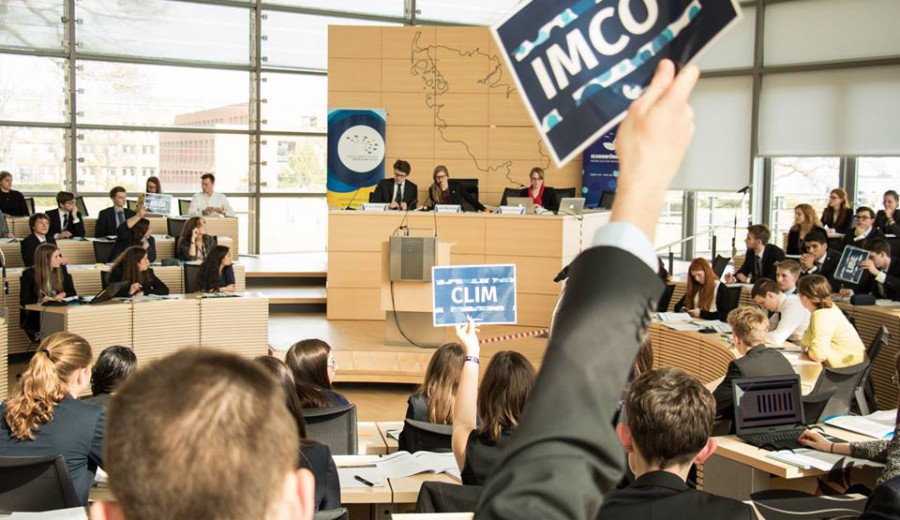 EYP, the European Youth Parliament is an organization founded by the Schwarzkopf-Stiftung in order to inform young European citizens like us about the European Union. Therefore, they organized a competition starting out with regional sessions all over Europe and ending in one final session in Norway, where we will hopefully represent Germany.

To finally get, to Norway the first step is being selected to a regional session, like the session in Eckernförde for northern Germany. There the school-delegations are separated into committees with different main emphasis, but to get to know your committee members well enough to produce a decent result, apparently an intensive day of teambuilding is necessary. So the first day consisted of embarrassing, awkward and partly also very funny icebreakers.

Each committee simulates a European Committee, e.g. the ‘Committee on Environment, Health and Food Safety’ or the’ Committee on Internal Market and Consumer Protection’, working on solutions to a specifically phrased key problem. During the session every committee produces a resolution concerning their topic. The resolution shows the main problems of one political issue, and to every problem it brings up a political solution.

Later every resolution is discussed in the general assembly in a predetermined way: The resolution is read out to the audience and a defense speech is held by the presenting committee. Two attack speeches, written between 1am and 7am the night before, are held and the open discussion begins. In the end the whole youth parliament decides whether the resolution shall pass or not, considering their opinion of the resolution during the debate. Every discussion takes about an hour so the general assembly is split into a five- and a four-hour meeting.

During the committee work and the General Assembly jurors watch the delegates to decide which three of the eight northern German school delegations is allowed to attend the so-called ‘Nationals’.

My personal opinion about the session is positive all in all, even though we as delegates had absolutely no free time and were expected to sleep in rooms with 13 others. But because I met some very nice new people from different places in Germany and because it was a very interesting contrast to the way our school works – neither less academic nor less demanding – it has been a worthwhile experience.
So if you are looking for a challenge, apply to become a member of the EYP!