To what extent is Hapag Lloyd’s sustainability strategy realistic? 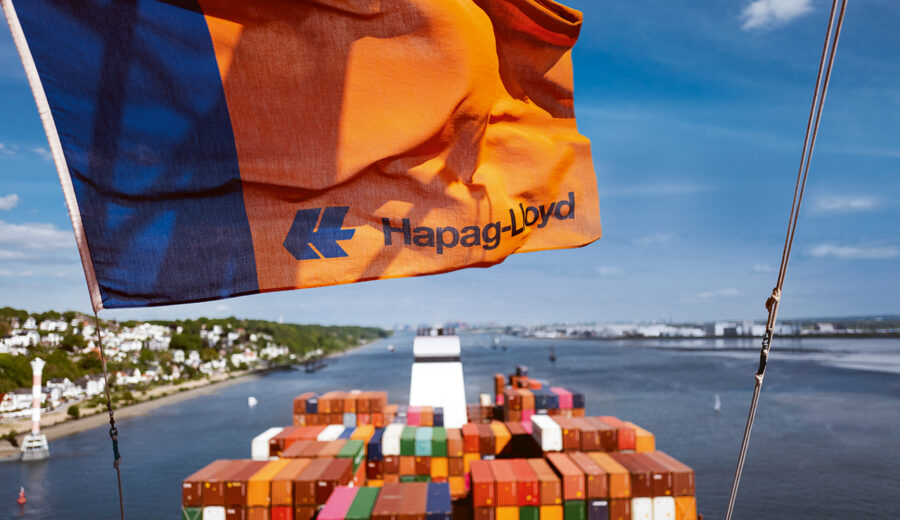 Life on Earth profile class had an online conference with Mr Dubielzig and Mr Dyllong, two employees from the company Hapag Lloyd, a few weeks ago. In this conference, they told us about their company and their plan to reach climate neutrality. Afterwards we were also able to ask them a few questions.

Hapag Lloyd is the leading liner shipping company for shippings all over the world. Their headquarter is located in Hamburg but the company has more than 250 vessels all over the world and a system operating in 137 countries. But since the usage of vessels is heavily harmful for the environment, Hapag Lloyd decided to come up with a sustainability strategy, to get their C02 emissions to zero. But with that, the question is arising whether their sustainability strategy is as realistic as promised or whether it is possible, that the company could not get to net zero with their emissions.

The company wants to achieve being emission free in 2045. To reach that, they introduced a so-called sustainability strategy with which they want to achieve this goal. For this, the company has different measures to try to lower their emissions. Firstly, being the switch from oil as regular fuel, which emits a lot of CO2, to “cleaner” fuels like, for example, LNG (= liquified natural gas). In this area of their sustainability strategy they also want to research more on finding other biofuels than LNG, which will be less damaging to the environment. Moreover, Hapag Lloyd is trying to emit less CO2 by letting their vessels drive more slowly, since with that, more fuel gets saved and therefore less CO2 will be emitted. Generally, the company also has other plans on making the environment a little cleaner, for example by supporting the saving of animals in the oceans or helping with ocean cleaning events. Overall, with this strategy, Hapag Lloyd wants to achieve cutting 30 percent of their emissions by 2030 and being totally climate neutral in the year 2045 in agreement with the Paris Agreement, which says that the global warming should be limited to 2, or preferably 1.5 degrees Celsius in comparison to pre-industrial levels.

Generally, this strategy of Hapag Lloyd is mostly realistic to achieve. With already starting to use LNG as their new source of fuel, they are a step ahead of many other liner shipping companies. Especially, also with working on finding more climate neutral biofuels, they have a great chance to achieve this part of their sustainability strategy. But, this also means that in this sector they have to research a lot to really find these new technologies to retain their goal. Moreover, the company is also partially responsible for ‘inland shippings’ and to cut the emissions in this area will be more difficult. All the trucks which have gasoline as their fuel right now need to be switched to, for example, electric trucks which will make it harder to achieve their goal in this short time span, since exchanging all these cars will be very time and money-consuming.

Concluding, it can be said that the overall idea of Hapag Lloyd, to reach the goal of being climate neutral, is a great idea and the ideas to reach that also have a good starting point. However, in the process of trying to get to climate neutrality, some difficulties remain, especially in the area of inland shipping and getting the vehicles on land to become climate neutral. But if they work on these few obstacles, the company has a great chance of getting climate emissions to net zero which makes their strategy very realistic to implement.