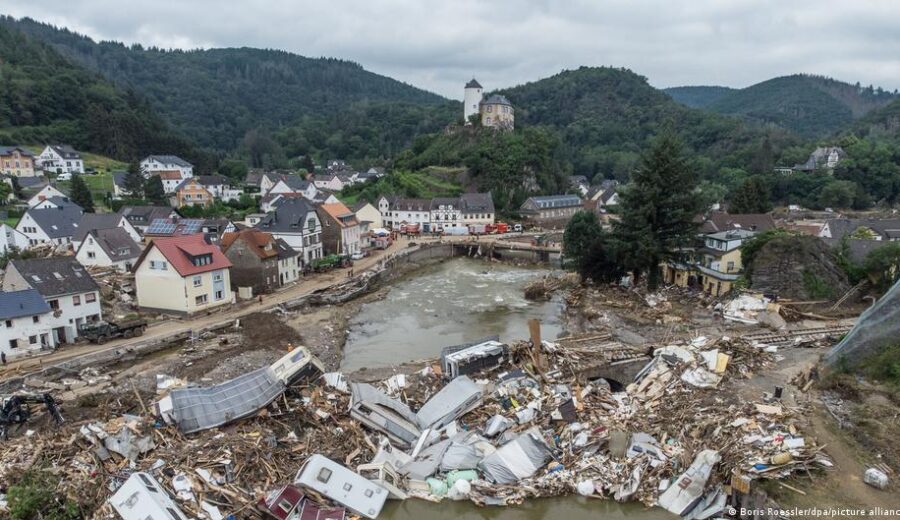 As we all know, climate change has a big impact on many sectors, but how big of an impact does it have on the insurance sector? We got the chance to speak with Mr. Morgenstern about exactly that on the 25th of October in 2021. Mr. Morgenstern is specialised in calculating the risks stemming from extreme weather events like floods, wildfires, tornados, etc. He works in the reinsurance sector, one that is essential for the insurance industry. Without people like him, many insurers could not take such large risks as posed by insuring many people and businesses against damage deriving from such extreme weather events.

The idea of insurance is to create a system of support for those affected by certain catastrophes or smaller incidents, by taking over a huge part of the costs deriving from those. To create this support system, everyone who takes part and has an insurance has to pay a small amount of money regularly, a premium. Therefore, people only get certain things insured if absolutely necessary because they only want to pay a premium to an insurance company for possible incidents which are likely going to happen or which are too expensive to pay in case of complete damage. For example, everybody needs insurance for their house in case of a fire because the costs would be way too high if the house burnt down.

The insurance companies use something called the “Monte-Carlo-Simulation” to foresee the expected loss in case of catastrophes based on data from past incidents. They look at the frequency and extent of damage resulting from those incidents and can predict the future to some extent accurately, by calculating with probabilities. Based on those results they can determine the price everybody has to pay regularly to be insured.

However, due to climate change, extreme weather events like wildfires, floods, heavy rainfall, tornadoes etc. have increased significantly. Therefore, the old database, which is necessary for the Monte-Carlo-Simulation, is basically useless now. There are many more catastrophe losses, which don´t fit into the pattern of the last 100 years, making it impossible to foresee future events and estimate the risks. Due to that uncertainty, the prices for the buyers of insurances increase tremendously.

In recent events like the wildfires in California or the floods in parts of Germany we were able to see the effect it had on those insurance companies. Those floods in July have resulted in about € 29,2 billion of damage.

Nevertheless, there is very little awareness of these risks and costs in general. Houses just get constructed and reconstructed in those areas, where there is a high risk of floods. Instead of this, preventive measures have to be taken to lower risks caused by floodings, and we have to adapt to the consequences of climate change in order to prevent extremely high costs in the future.

Furthermore, Mr. Morgenstern told us that there are a lot of different specialists in the reinsurance sector. Hence, there are not just accountants like one would think, but also people with lots of different professions. So, when we think about what we could do after school, we can keep in mind that even in sectors one wouldn’t think they would be in with what you want to study, one should never exclude them from one’s list of possibilities for future jobs.

To conclude, due to the increased frequency and intensity of natural catastrophes, which derive from climate change, the insurance companies cannot calculate the risks because their old database has become useless. This uncertainty results in increased prices for the buyers of insurances. And to answer the question from the beginning: yes, climate change has a huge impact on the insurance sector.