Do we need feminism? 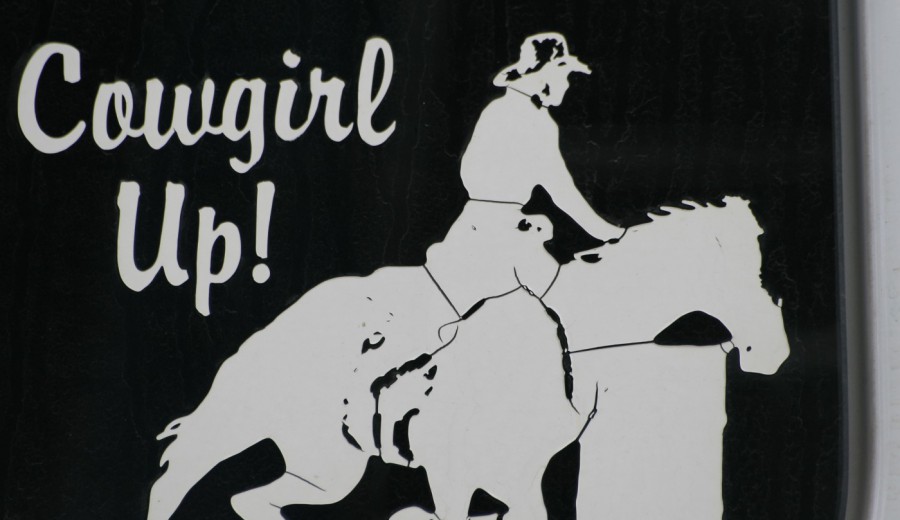 In the light of this year’s Oscars‘ (remember Patricia Arquette?), Emma Watson’s recent speech on feminism and our Abitur-topic „Culture Wars“, our S4-students wrote speeches on the question: Do we still need feminism? Here are two examples:

Today, I would like to talk about a really important topic. Probably some of you know what will be the theme of my speech, some don’t. For those of you who don’t know yet: I will talk about feminism. Just this one word. And I know that many of you people listening to this will try to turn away from this word, thinking “Oh no, not these extremist women again, women hating men and trying to rule the world…”

You know what? Please educate yourselves before you insult others because of their opinions. I do the same. Feminism isn’t about women who sit down with their girlfriends, pour themselves a nice cup of tea, sip on it, and then contemplate that sexism has to stop. It isn’t about women crashing into a church topless, it isn’t about women trying to overrun men and to take over the world, trying to wipe out everything male on earth. No – feminism is about women and girls fighting for rights. Their rights.

For the rights, their gender has never really achieved. Take a look into history. What was a woman worth in the Middle Ages? Nothing. What was a woman worth in the 17th century? Nothing. Let me tell you about my grandmother. My grandmother, who is an intelligent woman, once said to me: ”You know, I was really good in school, I actually liked going to school, learning and collecting all the pieces that make an education. When I was your age, I achieved grades, which would have allowed me to go to high school or even to college. But I wasn’t allowed to do so. My parents told me: “You are a girl. Girls aren’t supposed to educate themselves at high school or in college. It costs too much money and time. That’s for the boys. Girls help in the kitchen, on the field, in the household. They should learn how to be a lovely wife.” I never got to go to grammar school.”

When she told me this, the brutal facts hit me. And I was simply left with one word in my head: “Why?” Now I’m asking you: Why? Why has all this inequality happened to females? Not to men. Why is it still happening all around the world, although this world is turning faster than ever before, this society is evolving at a speed unheard of? Why is it happening this very second somewhere on this planet? Why are there females suffering from catcalling this very second? Why is catcalling not considered an abuse? Why is it possible that girls aren’t worth as much as boys are? Why is it possible that in some countries, female babies are killed or given away, simply because they are of the female sex? Why are girls forced into arranged marriages or traded for prostitution? Every third girl worldwide is forced to marry, though under-aged. Girls work as sex slaves in India.

It sickens me to think about what has happed and happens to women everyday. I feel confused, ashamed and even disgusted to observe two young men staring at a young Turkish lady wearing a burka, her ankle visible, as if she was some piece of flesh on the streets of Istanbul. I feel the urge to puke when I get sexually harassed and catcalled by strangers when I want to have fun, spending a girls night out, walking back home at night – left alone.

No – you won’t stare at me as if I was just a body without a soul, mind or brain, as if I was a piece of meat behind a butcher’s sales counter.

No – you won’t treat me like a dog, whistling at me.

No – you won’t stop your car, following and harassing me.

And no – I don’t appreciate it. It makes me feel disrespected.

Women, men, girls, boys. What is the main similarity they all share? They are human. They are human beings. They belong to the same species. We, as humans, are all not always the same, but we are equal. We ARE equal. Why should one gender be allowed to have more possibilities, more rights, more education, more vulnerability, more chances to live? In a world, system and society humans created and built up themselves? Right, it makes no sense. No sense at all.

Females have never had as many rights as males. They were pressed into roles of wives, living to please and serve their husbands, into puppets not being allowed to free themselves from their strings. Into birds living their lives in a cage, not being able and allowed to fly away. I am not saying all males are crazy monsters and I don’t see feminism as a movement trying to take men down. I’m aware that within the feminist movement there are some extremists. But they are everywhere. For me, feminism is about human rights. It’s time to change something. To actually make a difference. It has been too long for females to be reduced, discriminated against and oppressed.

The past cannot be rewritten like you can rewrite a bad script or song. But you can change something in the present. You can fight for a better future. I’m fighting for all the lives of girls and women, young and old, who suffered and are still suffering from discrimination and sexism. Because I want to change something.

I called this speech “Women are Men”. But by “men” I don’t refer to the plural of man, I refer to it as a synonym for human beings.

Today I’m not here to talk to you about these odds and ends. I don’t care about how something is called. But I do care about billions of people suffering on the entire planet. Some of them suffer because of their gender. They aren’t respected or treated for what they do and for how they behave. No, people just look at their gender and if their actions do not fit into the stereotype belonging to their sex or gender they get a reaction, a negative reaction.

“It’s your fault you got raped!”, they say “Why do you even dress yourself this revealingly?“

“Sorry Angie, your outfit isn’t appropriate, please wear your skirt. Do you want to look like a man?”

“I’m afraid to tell you John, Lisa receives the custody, she’s the mother.”

These are some of the statements that occur too often as there is too little feminism.Recently many female celebrities distanced themselves from feminism. They say – “I don’t really think about things as guys versus girls.” or “I celebrate American male culture.” Now I don’t call these people dumb because they’re women, I call them dumb because they aren’t able to look up the definition of feminism!

Feminism is the belief that men and women should have equal rights and opportunities. You can be pro-women without being anti-men.